This is the HTML version of Sri Ramana Sahasram Page 1
To view this content in Flash, you must have version 8 or greater and Javascript must be enabled. To download the last Flash player click here 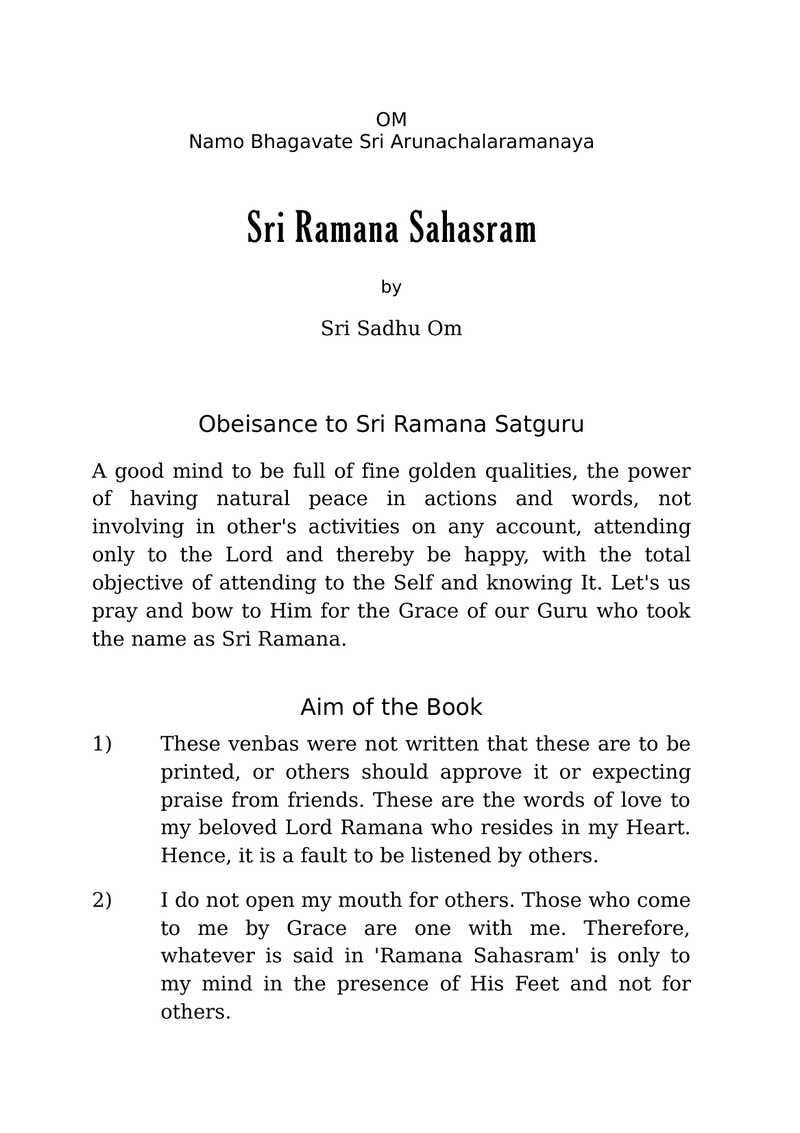 These Thousand prayers on Sri Ramana were written by Sri Sadhu Om in 1967. A situation arose when one of his devotee was threatened for a visit to him and he was also threatened to set fire to his hut if he is allowed to visit. Instead of complaining to Police, he prayed to Sri Ramana and also asked that devotee to stop coming to Arunachala till the problem is sorted out by Bhagavan.In fact he stopped golng round the Arunachala Hill (Pradakshina) which he loved foremost for the time being. He used to write a few of these verses a day. After sometime a senior Ramana Devotee intervened and the problem was sorted out amicably. These verses got accumulated to a thousand verses. These were later edited, made chapter wise according to the heading and finalized by Sri Sadhu Om.

Whatever be the reason, we, the Ramana Devotees got valuable prayer composed by Him. These verses elucidate the state of mind of matured aspirants who come to Bhagavan only for knowing the Truth, the Jnana.

Sincere aspirants will relish this rendering of Sri Sadhu Om heart melting. And will get lots of clue to adhere to in their life on the journey through the Path of Sri Ramana.