This is the HTML version of Sri Arunachala Venba Page 30
To view this content in Flash, you must have version 8 or greater and Javascript must be enabled. To download the last Flash player click here 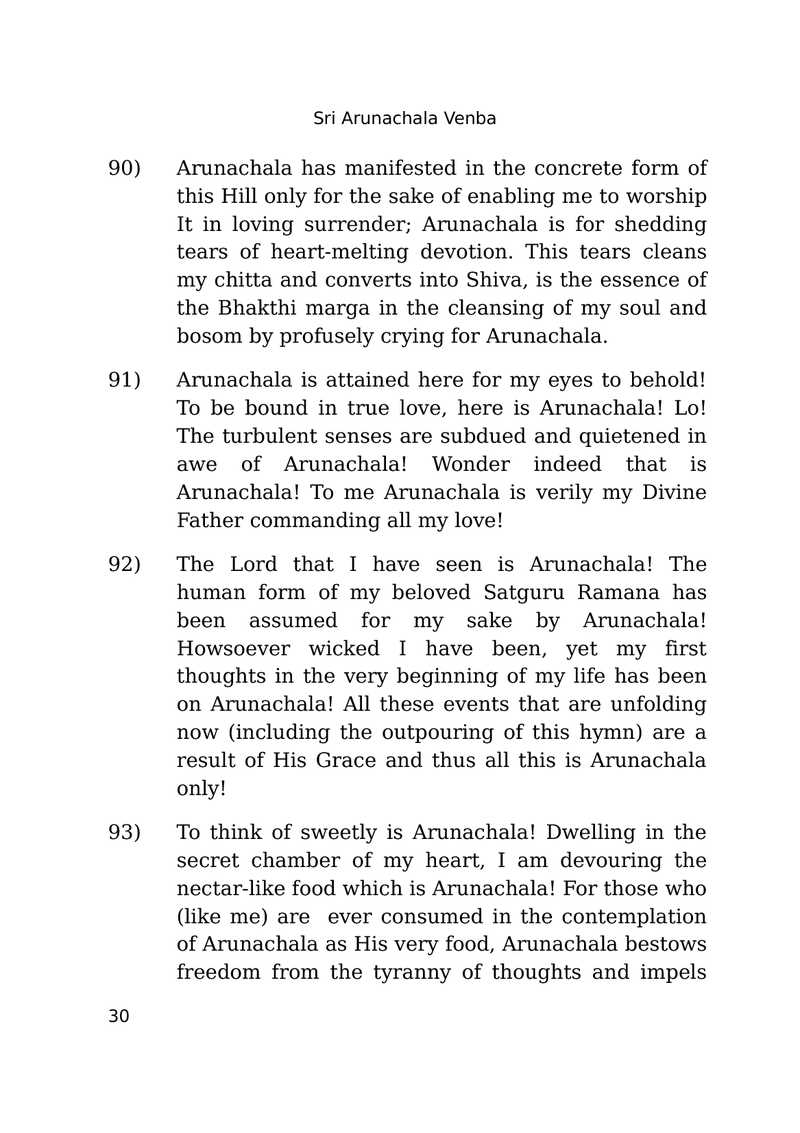 The hundred verses on Arunachala was written by Sri Sadhu Om in 1966. This was written in a single sitting non-stop. When he went to have a bath, right in the bath room the verses started pouring in. He did not even have time to wait and write. He came rushing from the bathroom, not even drying himself totally, and started writing in a rough note book by Pencil.

As you understand from the 51st verse, when he wanted to check what was written, the flow of the verse was so fast, he could not look back and preceded writing further.

He could go through reading the verses only after completion. He noticed that earlier a saint has sung ending each verse ‘Annamalai’. Its name was ‘Annamalai Venba.’ This has come with each verse ending ‘Arunachalam.’ Hence these 100 verses were named “Arunachala Venba”.

As Sri Sadhu Om puts it, the absence of the physical Presence of Ramana is compensated by the ever Present nature of Arunachala Hill which remains in Silence, removing the doubts of genuine seekers.